Click for PDF of this response published Dec 4th, 2022

The Harbor & Beach Community Alliance (HBCA) is supporting Karl’s Strawberry Village as the right project for Fisherman’s Wharf for many reasons but the following details the two most basic reasons:

The project provides a destination for families and kids at the harbor where currently there is none.
Channel Islands Harbor has no wholesome fun place for families with kids and neither does Ventura Harbor. When there are events for families with kids at Channel Islands Harbor, they are well-attended and enjoyed. Families should have a place at the harbor that they can afford to visit and enjoy regularly with their children. Enjoyment of the waterfront cannot be limited to only those who can afford to live nearby or afford to go there.

Karl’s “Strawberry Adventure Village” adds balance to the range of facilities and attractions offered throughout the entire harbor including those north of the bridge and the upcoming new hotel and restaurant on Peninsula Road and the revived Whale’s Tail restaurant. Karl’s widens the harbor’s appeal and expands its accessibility to new demographic and economic groups of visitors outside the harbor’s neighboring communities.

Unlike the other proposals, Karl’s can be operating within the next few years. It will generate needed activity at the harbor that will support other harbor businesses. As a destination, it can also provide a boost to Oxnard’s downtown area.

Karl’s project is consistent with the principles and policies of the Coastal Act of “maximum access” and “lower cost visitor and recreational facilities”. The proposed project is also consistent with the multiple layers of zoning at the harbor, and it does not require amendments to the Public Works Plan (PWP), Oxnard’s Local Coastal Plan (LCP) and the Harbor Channel Islands (HCI) Ordinances.

It is also consistent with the California Coastal Commission’s Environmental Justice Policy’s imperative “preserving and providing for lower cost recreational facilities… Coastal development should be inclusive for all who work, live and recreate on California’s coast and provide equitable benefits for communities that have historically been excluded, marginalized, or harmed by coastal development”. It is consistent with the Board’s unanimous approved motion on September 13, 2022, of “ensuring public access where it is required by the Coastal Act”.

For the past almost decade and a half, projects have been submitted that required amendments to the PWP, LCP and HCI and have been rejected. These amendment processes can take 5-7 years as evidenced by the previous proposed Fisherman’s Wharf project. Any proposal that includes residential, like the Askar project, must go through these amendment processes, delaying any development with no guarantee such amendments will be approved. During this period of uncertainty, Fisherman’s Wharf will continue to deteriorate and no construction or real investment in the area can take place. 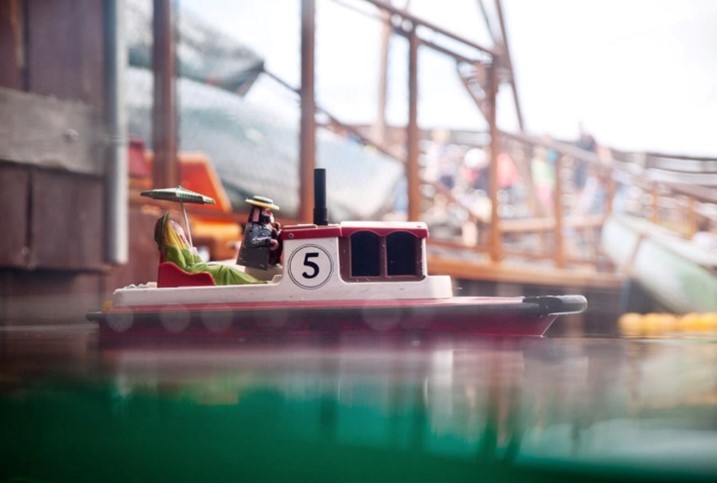 Responses to Key Objections to Karl’s

The characterization of Karl’s project as an “Amusement Park” hyperbolizes what is proposed. This Karl’s proposed project is different from this emotionally charged and exaggerated description: it is not gated and ticketed to enter; it is not a large collection of mechanical rides for the high-sensation seekers; it does not include fair/carnival-like games and shows. It proposes a few small rides for children, a themed restaurant, small inn, exhibits/demonstrations of making strawberry products, retail stores; it retains views of the entire waterfront and includes walking paths and seating areas for people to enjoy the views or have relaxing strolls throughout the area.

The photos we included in this document of other Karl’s villages provide a different image than what has been portrayed.

Opposition to Karl’s has not accurately described or are unaware of the steps in the development process. Design will be a step in the process once the Exclusive Right To Negotiate (ERN) is approved. Karl’s may also opt to retain a local architect/designer to consult and work with their team to incorporate in its project a more waterside nautical and California flavor in its style to address some of the concerns.

Every project raises concerns regarding traffic and parking. Valid concerns can only be addressed and resolved after there is a more detailed project plan. It is too early to speculate problems without knowing those details and facts.

“At this point we are planning 3-5 small rides. A small ride example is the small tractor track as per our previous proposal. At this stage it is challenging to define the exact number, as we hope you understand, however, it is certain that any ride will be small.” 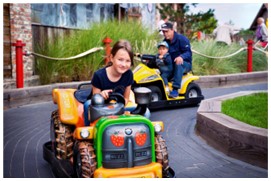 The Harbor Department conducted a proper and public RFP process for the first time in the harbor’s history for the Fisherman’s Wharf area. It was a transparent process and open to all developers who were able to meet the specified requirements. The public had an opportunity to view all three qualified proposals that were submitted. The public also had an opportunity to provide input and comments on the proposals prior to versus after the issuance of an Exclusive Right To Negotiate (ERN). These opportunities had not been given in the past. By doing this, the current Harbor Director, Michael Tripp, has demonstrated a genuine effort to improve how the Harbor Department works with the community and responsibly finds the best proposal in the interest of the public.

It is apparent there is a misunderstanding of the process and where the decision-making responsibility and authority resides. Asking for input is not asking for a vote. Preferences can vary within the same community because they are subjective and based upon tastes, viewpoints, beliefs, and sentiment. A decision that does not reflect a particular group’s preferences does not mean the input was ignored or not considered.

Like any coastal landowner, the County has the right to develop their property as they believe appropriate so long as it meets the coastal policies as reflected in the Coastal Act, PWP, LCP; and the zoning regulations and building codes that govern the area. Valid objections to a project must be based upon policy and regulatory issues and demonstrated lack of public benefits and safety.

There also appears to be a lack of understanding of the entire development process and the role of public input in that process. This may be due to the fact that Channel Islands Harbor still does not have officially published Development Processes and Policies. There will be more opportunities in an appropriate development process for public input and comments. This is the reason HBCA continues to request that the draft of one be finalized and made public. The Harbor Director has agreed to work together on finalizing one and it is evident this needs to be done soon to alleviate further misunderstandings. This effort should be encouraged by the Board of Supervisors.
The Harbor Director and the County made the right decision. Karl’s will add balance to the harbor’s visitor-serving attractions and facilities. It is consistent with the coastal policies and regulations of the County, the City of Oxnard, and the California Coastal Act. It will help maximize accessibility and enjoyment of Channel Islands Harbor for a wider range of economic and demographic groups.

For these reasons, the Harbor & Beach Community Alliance supports the Harbor Director’s and County’s choice of Karl’s. 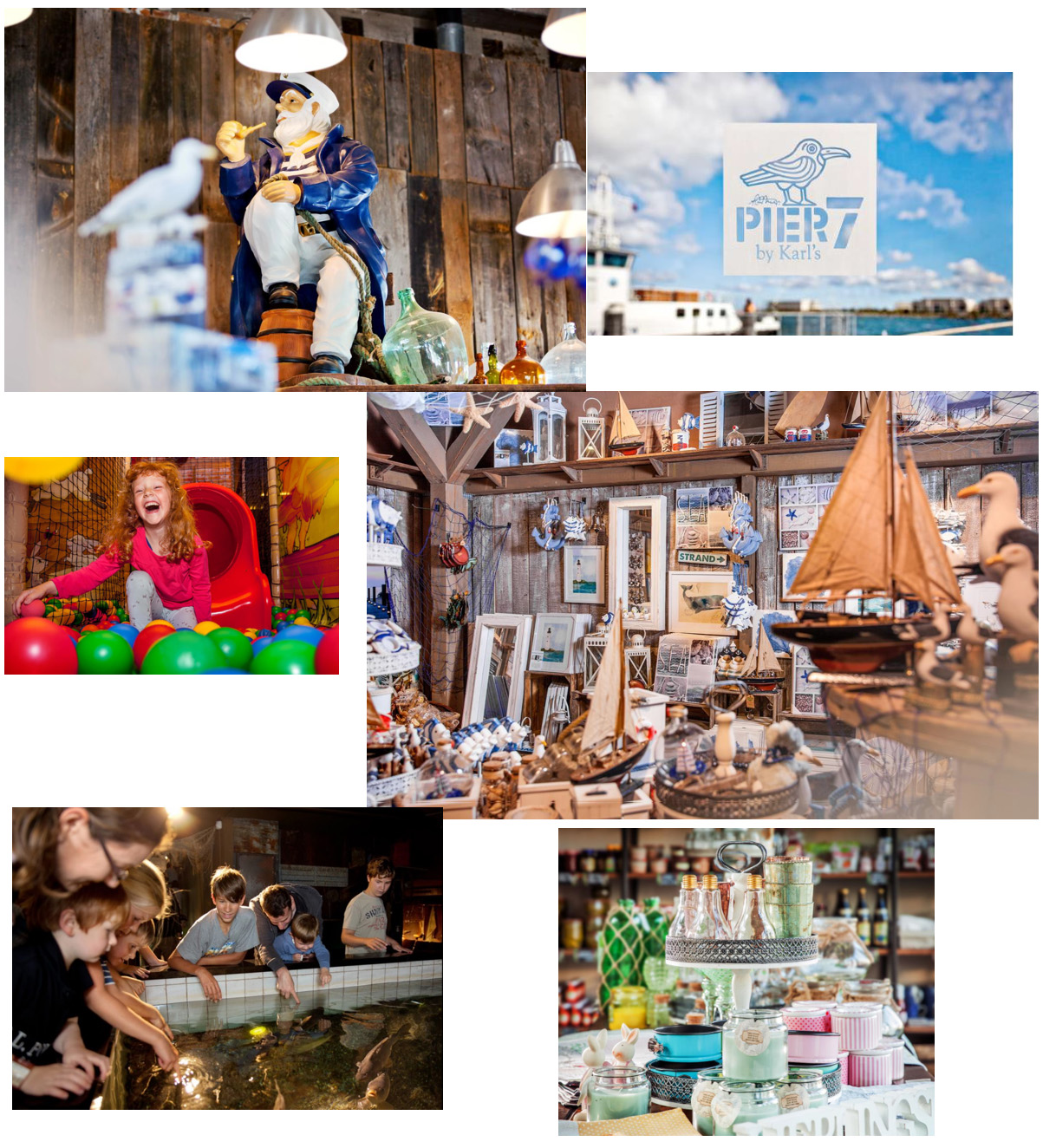 NOTE: You may leave comments below, however they are not made live without review due to bots and spam.
The volunteers who maintain the site are not active online 24/7 so there may be a long delay in reply and posting of valid comments.