But it was the first time Channel Islands Harbor Director Mark Sandoval helped lead a public meeting on the controversial development, and he started his remarks by asking audience members to act as if they were learning about the project for the first time.

It didn’t quite work out that way.

A crowd of more than 250 people gathered for the community workshop at the Oxnard Performing Arts and Convention Center on Monday night.

Many were too exasperated to be open-minded about a plan to revitalize an aging area of the county-owned harbor. They dismissed repeated requests from officials to refrain from speaking out of turn and applauding. After the 35th speaker during public comment period offered remarks, the audience clapped just as loudly as they did after the first speaker.

A couple of people supported the plan to build rental units, retail and restaurants on the wharf. But most of the speakers reiterated what they’ve said to city and county officials all along — that traffic, parking issues and lack of public access plague these redevelopment plans.

Debbie Mitchell, who lives at Mandalay Bay, said one of the last pieces of waterfront property should be developed for boaters and visitors.

“If I could build something that would guarantee revenue for a 65-year lease for the rest of my family, it would be really hard for me to look at people I don’t know and say, ’I’m just going to take away your park, your land, your harbor and do that and give it to my grandchildren,’ ” Mitchell said. “What you’re doing is taking away from all of our grandchildren.”

Monday’s meeting was meant to gather public input and allow Tellefsen and his partners to present their vision so that the city can determine the potential impacts. Although this is county owned property, Oxnard has a role to play.

In order for the project to come to fruition, the Oxnard Planning Commission and City Council must amend its Local Coastal Plan and allow residential development in this parcel on Victoria Avenue and Channel Islands Boulevard. Currently, the plan doesn’t allow for residential use. If the project clears this local hurdle, it will go before the California Coastal Commission for three areas of consideration. For the plan to become a reality, the Coastal Commission must greenlight Oxnard’s coastal plan amendment, the county’s public works plan and the project itself by approving the notice of impending development.

Kathleen Mallory, planning manager for Oxnard, said the matter could go before the Planning Commission in June, City Council in July and the Coastal Commission this fall.

Sandoval and Tellefsen made their case for a harbor facelift that includes 36,000 square feet of commercial space and about 400 one-, two- and three bedroom apartments.

To quell parking concerns, Tellefsen explained that there will be one parking space per bedroom plus an additional 98 visitor spaces on the residential side. There will also be seven parking spaces per 1,000 square feet of retail space; some of them are tandem valet parking spots.

One thing made abundantly clear is that residential units are a must for developers. Retail, a struggling industry evident by nearby vacancies, can’t anchor this project, Tellefsen said.

“The only thing we can justify moving forward with a project to revitalize Fisherman’s Wharf is putting something in there that would subsidize it,” Tellefsen said. “That’s exactly what we’re doing is subsidizing it with apartments.”

Past developers interested in this site have also proposed a residential component. A 2007 plan that feel through called for 800 units.

Sandoval said if this plan ends up falling through, another developer will likely come back five years down the line proposing another residential development. But the time to rebuild Fisherman’s Wharf is now, he said.

Their presentations received scattered applause, but other comments got derisive laughter. The audience didn’t believe Tellesfsen’s claim that an increase in apartment supply would drive down rents. They also didn’t buy Sandoval’s claim that nearby property values are likely lowered because of the sad state of the current wharf.

As if things weren’t tense enough, the meeting was plagued by microphone issues exacerbated by a loud air conditioner.

Robert Slavin, a former Westlake Village mayor who has property in Silver Strand, directed his comments at Sandoval.

“I have never seen a public employee take the role of a developer as you have,” Slavin said. “The public does not have a lot of confidence in public officials and in government, and this seems like a done deal. That’s not a good situation to have people feel like it’s a done deal.”

At the close of the three-hour meeting, Sandoval got the last word. He said he truly believes the project is in the best interest of the Channel Islands Harbor.

But several members in the audience did not hear it because they had walked out of the meeting.

Wendy Leung is a staff writer for the Ventura County Star. Reach her at wendy.leung@vcstar.com or 805-437-0339.
You can also find her on Twitter @Leung__Wendy. 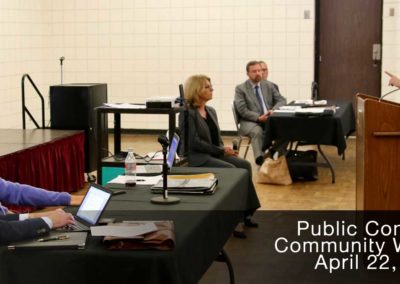 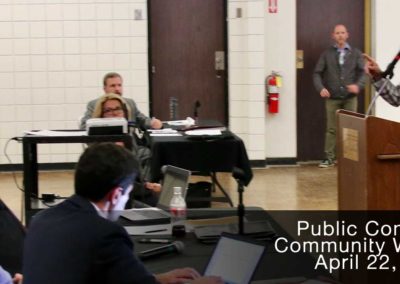 the comments and questions continued to highlight that this plan is not right – responses from Harbor Director and Developer were fairly dismissive and repetitive, the room became more frustrated 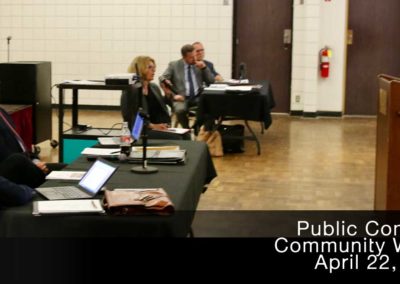 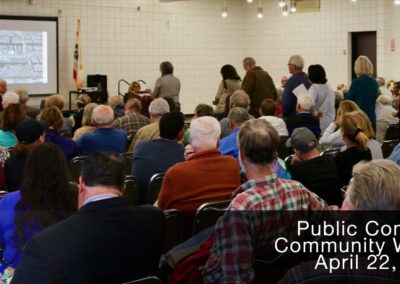 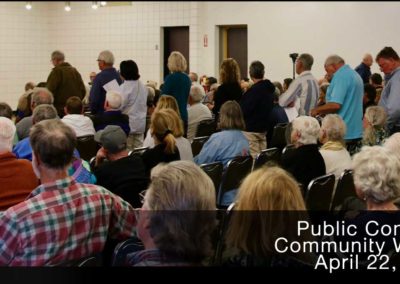 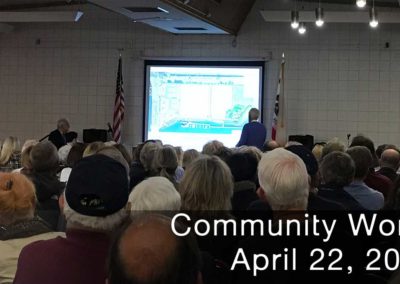 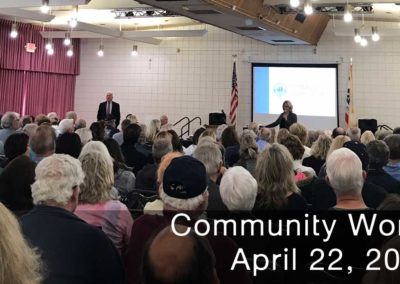