The Harbor & Beach Community Alliance does not oppose development at Channel Islands Harbor. We supported and continue to support the replacement of the hotel on Peninsula Road. We want Fisherman’s Wharf, which is the gateway to the harbor, revitalized but with the right development, one designed clearly for visitor serving and harbor related uses and with genuine public access as the priority.

The proposed project clearly does not do this. This project, no matter how elaborately it is described and rendered, is still a fortress-like apartment complex, you would expect to see next to a freeway in LA. The plan is to put it onto 6.3 acres, which is 6 football fields of currently public visitor serving and harbor oriented waterside land. It would be two city blocks long, 55 feet high, with a gated two-story wall surrounding the complex.

Anyone can see that the developer’s beautiful promotional illustrations are not accurate representations of what the project really is. No amount of landscaping and collectible car displays can dress up this project to hide what it really is.

It eliminates a community theater, dislocates Oxnard College Marine Center & Aquarium, and privatizes a park. It does not add any new compelling visitor serving public amenities and attractions. All the new swim-and-play amenities are exclusively for apartment residents. It would not serve the needs of the City of Oxnard’s and Ventura County’s diverse residents and under-served groups. It would not attract tourists.

The County tries to label the project an “Urban Village” or mixed-use. Everyone knows it is not. Even Steve Bennett, a County Supervisor at a June 2016 Board of Supervisor meeting, admitted as such. These are attempts to disguise what the project really is.

It is touted as the way to revitalize a harbor area that was shamefully not maintained by its owner, the County. Now the public is expected to simply accept this development as the only way to revitalize the deteriorated Fisherman’s Wharf. But this project would only renovate some of the already existing public facilities and landscape the area, while obliterating much of the Wharf’s public parking. Not a good deal for acres of public waterfront land. Not what is wanted at this harbor for the next 100 years.

This project will deter and impede public access, public use, and public benefits of a rare coastal asset, Channel Islands Harbor, because it is not designed for genuine public access.

This project is not consistent with 20 of the City’s Local Coastal Plan policies.  It is inconsistent with the City’s HCI ordinances.  It is does not meet the objectives of the Coastal Commission’s Environmental Justice Policies. It is in direct conflict with the primary reason harbors are built. It is not the right development project for Channel Islands Harbor, one of only 12 small boat and water recreational harbors remaining along the 1100 miles of California coast.  It is a rare and valuable asset that needs to be protected. 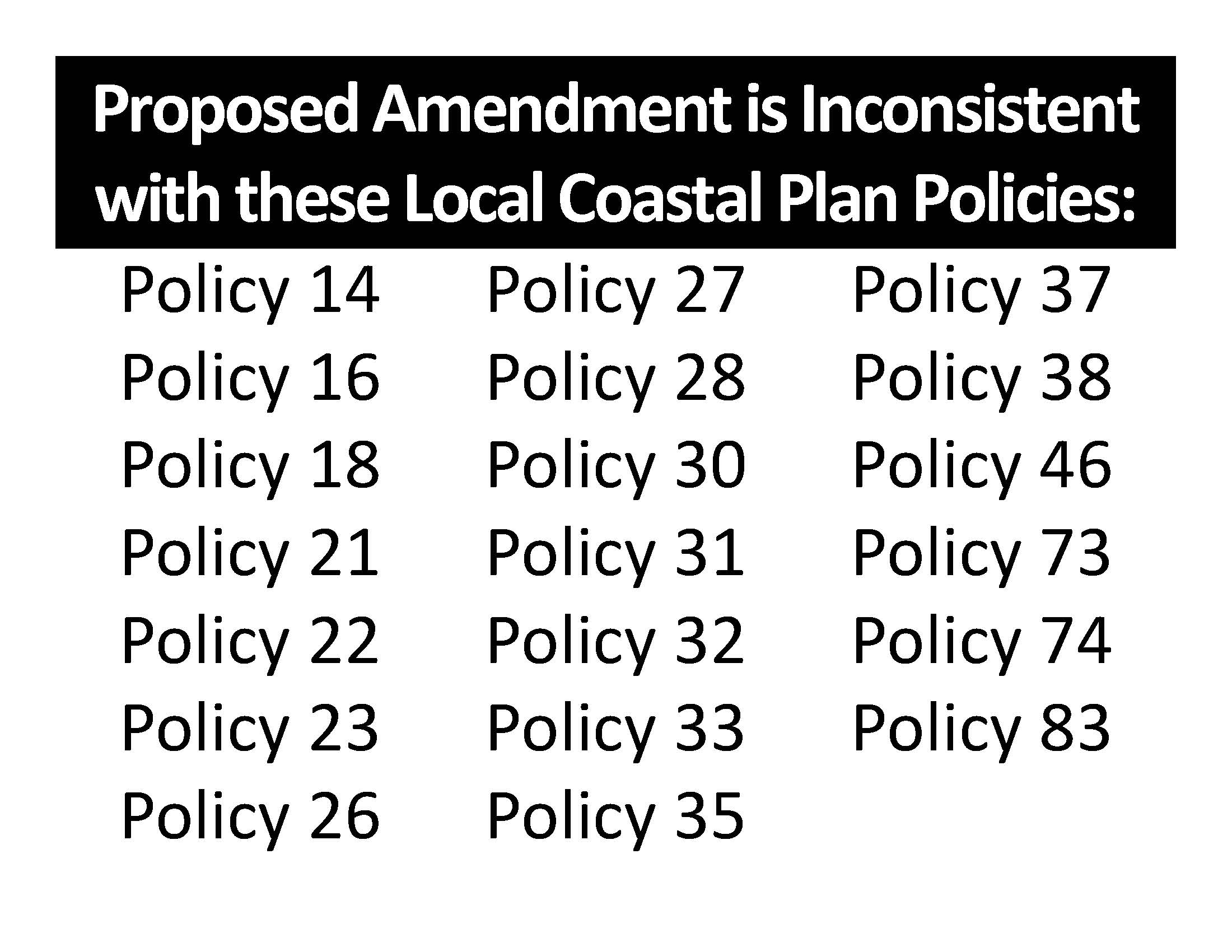 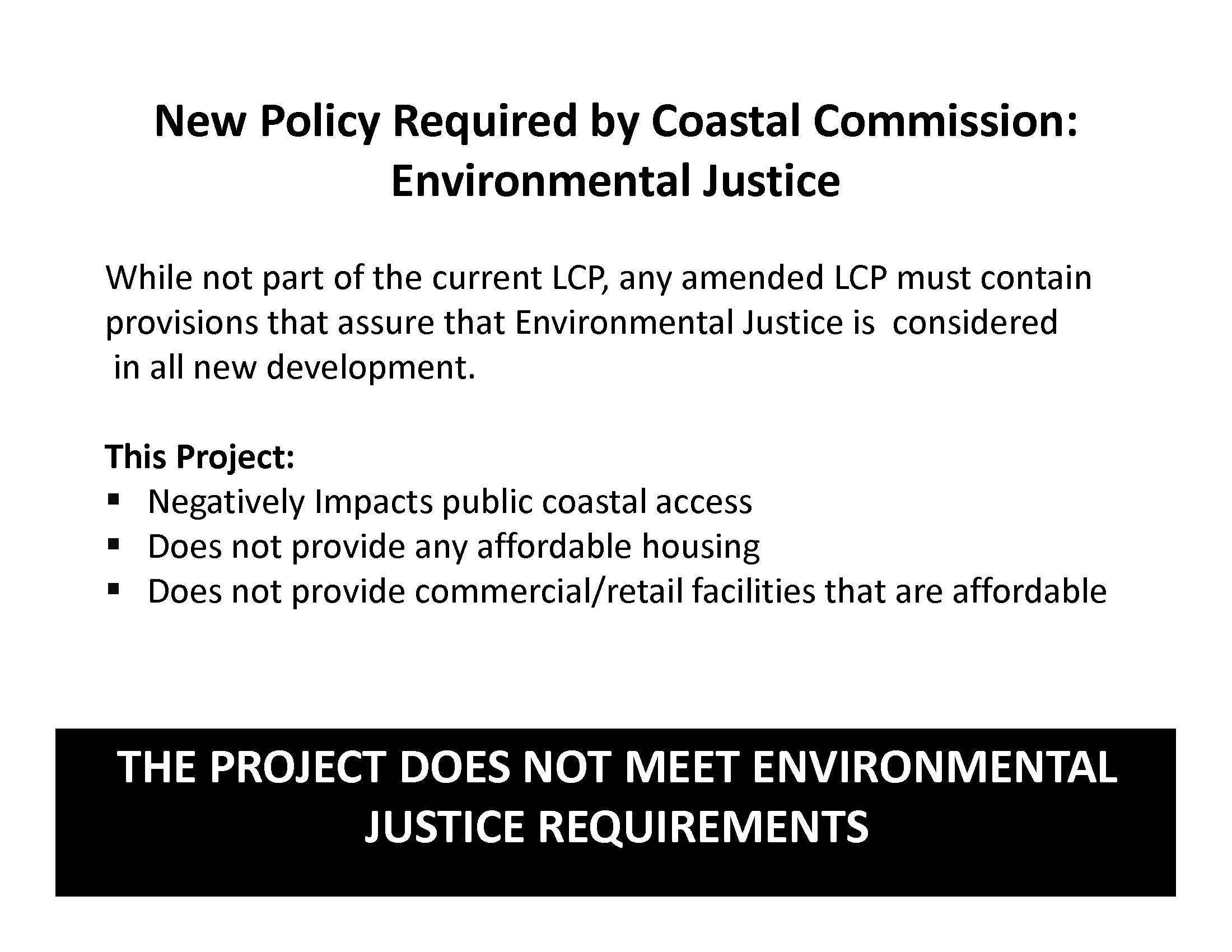