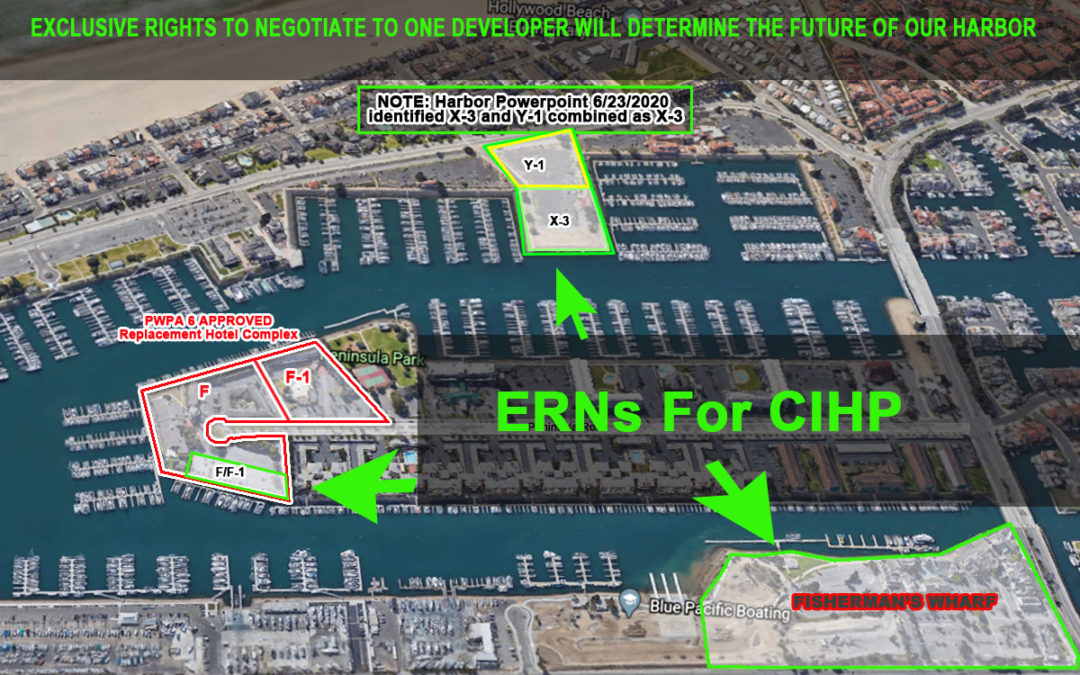 CONTACT FOR MORE INFORMATION OR INTERVIEWS: judy.dugan@sbcglobal.net or 213 280-0175 (text or call)

—Harbor and Beach Community Alliance (see HBCA.info) charges violation of California’s Brown Act, which ensures transparent government processes and public access, during a regular public Board of Supervisors’ meeting June 23. The issue at hand was a proposed nine-month extension of a developer’s Exclusive Right to Negotiate for three land parcels at Channel Islands Harbor.

—The nine-month extension was initially voted down 3-2 . However, the matter was re-voted later in the meeting, with Supervisor Steve Bennett changing his vote from “No” to “Yes,” after public comments were closed and concerned citizens had digitally left the meeting.

—The re-vote should have been put on the agenda for a future meeting, allowing public comment. However, Kelly Long, the current chair of the five County Supervisors, allowed the immediate re-vote.

—-HBCA has requested data and all communications regarding the developer’s extensions of its Exclusive Rights to Negotiate for development of the three land parcels at Channel Islands Harbor. Such extensions so far have occurred serially for about 6 years, without any development.

The Harbor and Beach Community Alliance in Ventura County is seeking reversal of a County Supervisors’ re-vote for a nine-month extension for Channel Islands Harbor Properties LLC’s (CIHP) Exclusive Right to Negotiate at Channel Islands Harbor. It was initially rejected on a 3-2 vote on June 23, but re-voted later in the meeting when Supervisor Steve Bennett asked to change his vote from “No” to “Yes.”

The second vote was taken after people with an interest in Harbor development had physically or digitally left the meeting. The public comment had largely been digital, via Zoom, so there was no way for the public to speak about the action once their audio was muted, even if they did find out about the vote switch.

“Supervisor Bennett’s reversal was stunning, following his expressed concern over giving CIHP a leg up over other developers,” said Rene Aiu, representing HBCA. “The County’s Legal Counsel, Leroy Smith, had told the Board that a developer with an ERN would be favored and have an advantage. Giving exclusivity to the CIHP would deter other developers from even showing interest or offering ideas in the Harbor Director’s planned public “visioning” of alternate plans during the next six months.

A letter to Ventura County Supervisors by attorney Douglas Carstens on behalf of HBCA stated:

“We demand that you cease and desist in your continuing efforts to defeat the public transparency purposes of the Brown Act, and that you rescind the purported extension of the ERNs approved by the County on June 23, 2020. This extension occurred upon reconsideration of an earlier vote against the extension that had occurred at a publicly noticed hearing. The reconsideration did not occur pursuant to a properly agendized action to reconsider the earlier vote, nor did it allow public participation as required by the Brown Act.” SEE: http://www.hbca.info/wp-content/uploads/2020/06/Final-Letter-to-County-re-Brown-Act-6-26-20.pdf

That the extension of the ERNs was even put to a vote was puzzling. The developer, Channel Islands Harbor Properties, has proposed a wildly unpopular high density apartment complex on most of Fisherman’s Wharf, and the same on the three smaller land parcels. In the Harbor Director’s June 22, 2020 letter to HBCA, he states “neither the Parcel X-3 nor the Parcels F/F1(development) concepts were acceptable to me because they included a significant number of apartments with insufficient amount of visitor and public serving amenities.”

Yet he still urged the Board to extend the ERN for nine months.

Supervisor Linda Parks did not support extension of the exclusivity and said “if we truly want other developers’ interest, we don’t extend these ERNs.”  She went on to say that no one developer should have a leg up, discouraging other developers. Supervisor John Zaragoza also voted “No.”

“County counsel interrupted the discussion of the board prior to the first vote, with clarification to the board that Exclusive Rights to Negotiate would indeed give an advantage to the CIHP. We heard Supervisor Bennett say that he ‘could not support that,’ I cheered in my chair at home,” said HBCA supporter Debbie Mitchell. “To have that moment swept away after the next agenda item was already underway, to watch the vote reversed without public input, without any credible reason, was frustrating and disappointing but not too surprising. No amount of public advice or dissent regarding Harbor development has budged the majority of this Board of Supervisors or the developer since its plans were approved, over substantial public opposition, in 2016. The next step will probably be fancy ‘Visioning’ presentations to placate the public. History says the public won’t get more than crumbs out of it.”

CIHP’s builder, Geoff Palmer, builds only apartments, and Harbor Director Mark Sandoval has acknowledged that apartment blocks on the land parcels would not be approved.  So offering CIHP a nine-month extension of an exclusive right to negotiate on the three small parcels merely delays looking for a different plan.

“After years of County disregard of good government processes that allow and respect public input, it is frustrating to see the County continue to deliberately evade necessary changes,” said Aiu.  “The County refuses to update its 34-year old Public Works Plan.  The County has never issued a standard Request for Proposal for competitive bidding on major harbor development projects.  The County is about to spend  nearly $100,000 on the Harbor Directors’s public ‘visioning’ events and planning, with no accountability for heeding any public input.   The Harbor  Department did similar and broader public visioning and planning for the Harbor 12 years ago, and that plan is buried somewhere in a box in a County storage room.

“The County also refuses even to update the Public Works Plan that governs the Harbor, resulting in piecemeal development and public discontent. Even the California Coastal Commission has asked for an update of the harbor’s Public Works Plan,” added Aiu.

HBCA has also issued a Public Records Act request for all communications and data regarding the County’s multiple extensions of the ERNs for the three land parcels.  As stated in the PRA ,  “…our request includes any communications on personal devices during the Board of Supervisors meeting on Final Letter to County re PRA re June ERN Communications 6-26-20June 23.”
SEE: http://www.hbca.info/wp-content/uploads/2020/06/Final-Letter-to-County-re-PRA-re-June-ERN-Communications-6-26-20.pdf

This would reveal any non-public discussions during a public meeting that affected action or votes.

A separate but related PRA requests communications and data regarding the developer’s “deliverables” for the three land parcels, (F/F1 and X3, map above) at issue during the June 23 meeting.
SEE: http://www.hbca.info/wp-content/uploads/2020/06/Final-Letter-to-County-re-PRA-re-ERN-Deliverables-PRA-1-6-26-20.pdf

Letter to DA re Brown Act Violation by County of Ventura

Please note the documents posted here are the result of HBCA submission of a Public Records Request examining information regarding the ERNs.
Some documents received are too large to post here.

Please let the Ventura County Board of Supervisors know what you think of this!

Your email does not need to me lengthy or detailed, just reference the RE-Vote on Item 41 at the Ventura County Board of Supervisors meeting on June 23rd.